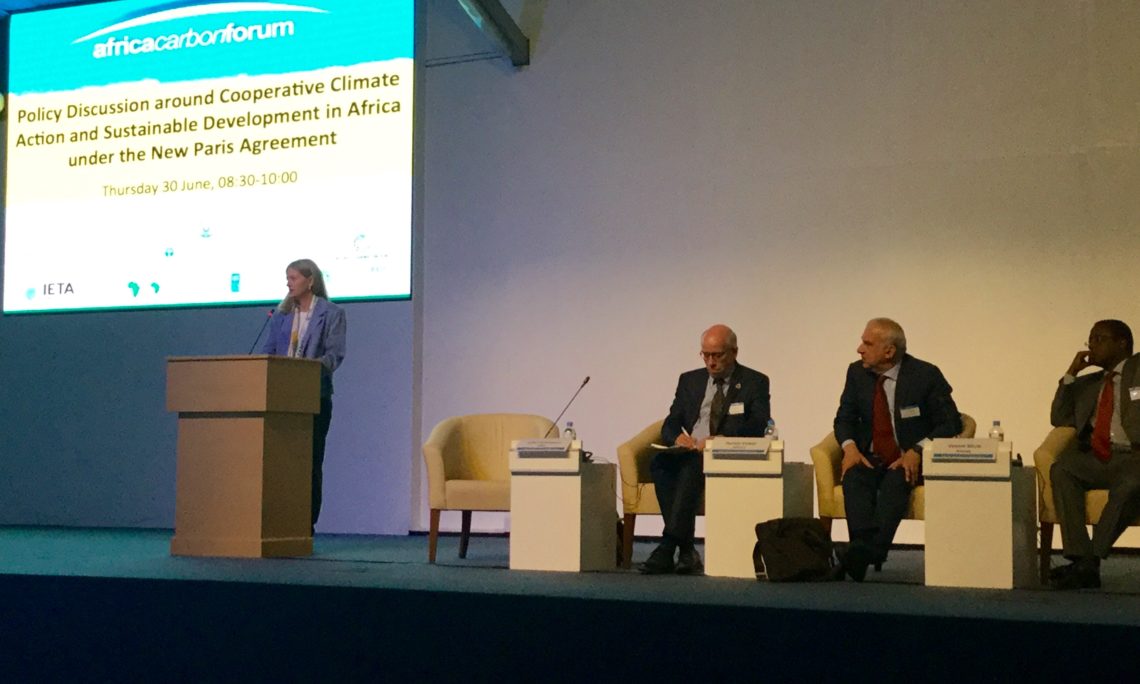 I am excited to be here today to share the perspective of the United States and to talk about our partnership with Rwanda on climate change.

Last December, countries of the world spoke with one voice in adopting the Paris Agreement.  And for the first time, we have an ambitious, durable climate regime that is fair, applies to all countries and moves us beyond the outmoded categories of developed and developing.

Since Paris, the world has not wasted any time in shifting to implementation. This swift action by so many nations, of every size and scale, is a testament to the undeniable momentum coming out of Paris and a definitive signal that there is no going back.  This momentum is spurring not only swift action on the Paris Agreement, but clear progress on our collective move toward the clean energy economy and a low-carbon future.
As we all saw on April 22nd – Earth Day – nations of the world gathered for another milestone as over 170 countries including the United States – a record number – signed the Paris Agreement in New York on the very first day it opened for signature.

We congratulate Rwanda for being part of that momentous occasion with Foreign Minsiter Mushikiwabo signing the Paris Agreement in April.  We appreciate Foreign Minister Mushikiwabo’s statement before the United Nations that Rwanda will ratify the Paris Agreement as soon as possible, and in working to implement its Nationally Determined Contribution.

We are also working with partners around the world, including many of you here today, to press for a Hydrofluorocarbon (HFC) amendment at the Montreal Protocol meeting in Kigali in October this year.

Adopting an HFC phase-down amendment to the Montreal Protocol is a top climate goal for many countries this year, including the United States, as adoption could lead to up to half a degree Celsius of avoided warming by 2100.

Besides these global efforts, the U.S. is working closely with governments around the world on local efforts to reduce global warming and mitigate the effects of climate change.  Here in Rwanda we are working on a number of climate change and conservation priorities.  I commend Rwanda for mainstreaming green growth into the country’s development strategy.  The country’s 2011 Green Growth and Climate Resilience Strategy sets an important framework for ensuring that Rwanda’s impressive economic growth is sustainable and green.  As part of this strategy, Rwanda recently developed a new building code that requires solar and rain harvesting components for new buildings.

Through our Feed the Future initiative we are working closely with cooperatives throughout the country to implement climate-smart agriculture.

USAID Rwanda is also investing $6 million in the “Climate Services for Agriculture” project to empower farmers to manage risk and adapt to a changing climate.

With support from President Obama’s Power Africa Initiative, aimed at doubling the number of Africans who have access to clean and reliable energy, a number of U.S. firms are partnering with Rwanda on the country’s green growth strategy.

With support from the U.S. Trade and Development Agency (USTDA), U.S. firms Amahoro Energy and DC Hydro are developing several mini-hydro projects that will provide off grid rural areas with power within the next year.

U.S. firm  CountourGlobal’s “Kivuwatt” methane gas-to-power plant came online in December 2015 and is delivering 26 megawatts of energy, while U.S. firm Symbion Power signed a Power Purchase Agreement with the government this past December to develop a 55 MW project on Lake Kivu.

Continuing to develop an enabling environment for businesses and a positive investment climate will help Rwanda attract further investment in renewable energy and reach the country’s economic growth and poverty reduction targets.

This is just a brief overview of our efforts here and I look forward to the discussion.