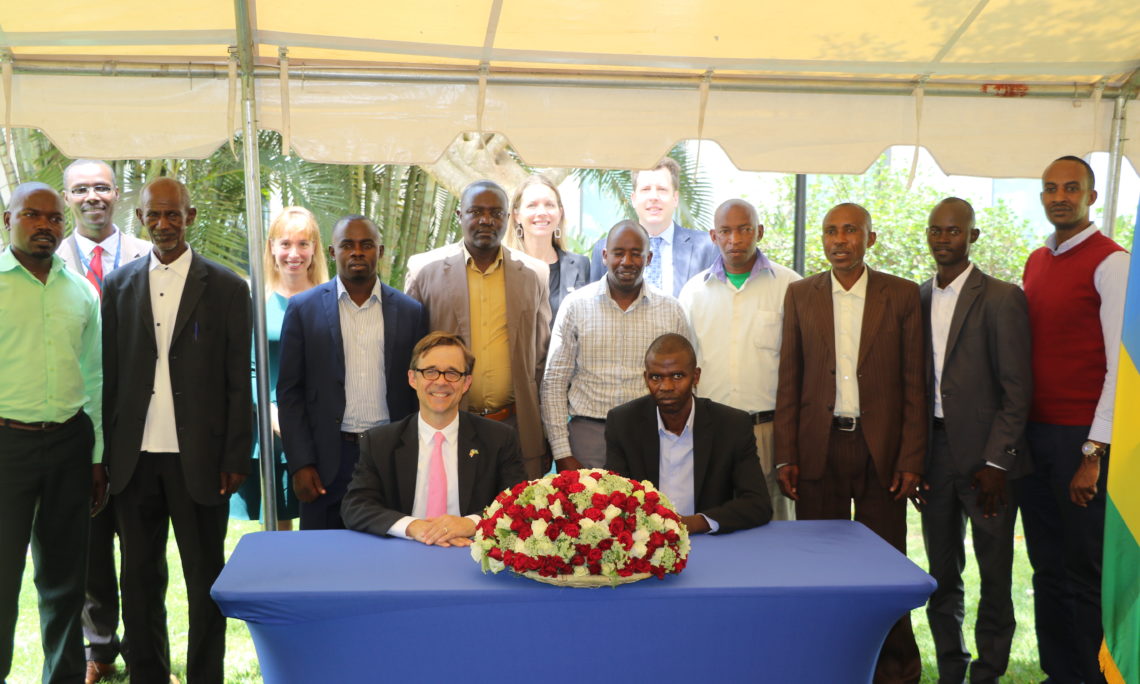 On Monday, September 24, the U.S. Embassy in Kigali awarded four grants to cooperatives in Rwanda totaling $50,000 (RwF 44 million). These grants, made possible by the U.S. Department of State Ambassador’s Small Grants (ASG) Program, aim to support projects that boost entrepreneurship, economic development, and employment at the community level.

This year’s grantees are cooperatives pursuing projects that include prevention of “harvest” loss in sugarcane production and rice farming, honey filtering, and milk collection. This year’s grantees are located in the Eastern and Northern Provence. The projects, which are expected to assist 2,000 direct beneficiaries and 7,000 indirect beneficiaries, are scheduled to start in October 2018 and be completed by September 2019.

U.S. Ambassador to Rwanda Peter Vrooman and the president of each cooperative signed the grants during the grant signing ceremony that took place at the U.S. Embassy. The Director General for the Rwanda Cooperative Agency, Professor Jean Bosco Harelimana also participated in the signing ceremony.

The Ambassador’s Small Grants Program is part of the U.S. Government’s efforts to support economic development, improve livelihoods, boost value-added agriculture, and strengthen rural communities.
The U.S. Embassy publishes a Notice of Funding Opportunity (NOFO) once a year to invite applications to the ASG program. The NOFO is usually published in June and grants are awarded in September. To learn more about the ASG Program, please go to our website at www.rw.usembassy.gov for updates or send an e-mail to kigaliasgp@state.gov.