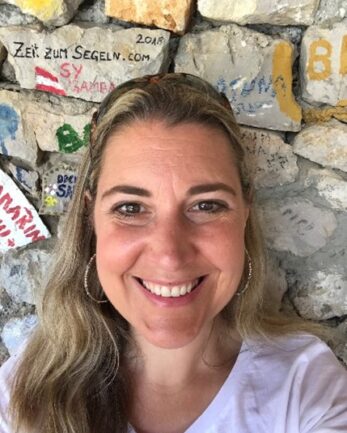 Deb MacLean is currently serving as the Charge d’Affaires since February 2022.  She began her assignment as Deputy Chief of Mission at the U.S. Embassy in Kigali in July 2021. Deb joined the Foreign Service in 2003 and is a public diplomacy officer by trade.

Prior to this posting, Deb served as the Public Affairs Officer in Pristina (2019-2021) and held the position of acting Director for Partnerships, Strategy and Communications within the Bureau of Conflict and Stabilization Operations (2016-2018). She has also served as the deputy spokesperson in London (2013-2016), spokesperson to the U.S. Mission to Nigeria (2011-2013), Assistant Public Affairs Officer in Copenhagen (2008-2011), and Assistant General Services Officer in Riyadh (2006-2007). Her first assignment in Amman (2004-2006) was a rotational consular and political-military tour.

Deb graduated from the University of Notre Dame with a BBS in Marketing and International Business. Her husband Dave is a retired Army Colonel and graduate of West Point. Together, they enjoy hearing the antics of Dave’s granddaughter Braelyn and dreaming of the various foods they’ll eat and places they’ll explore. Her hobbies include travel, photography, and hiking. She also has a very dry sense of humor and believes Notre Dame Football will be National Champions once again, just not before the Pittsburgh Steelers win another Super Bowl.