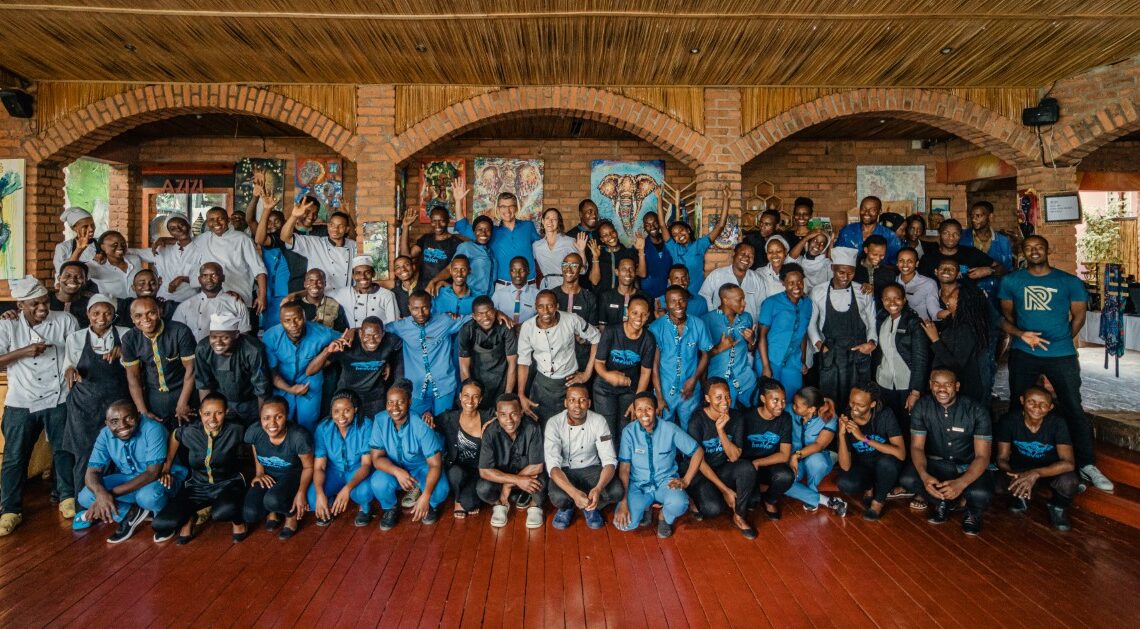 Kigali, May 06 – Alissa and Josh Ruxin opened Heaven, Kigali’s first international restaurant and training facility, in 2008, and went on to create hundreds of jobs, train thousands of vulnerable youth, and expand to two restaurants, two hotels, and a tour company.

Today, the entrepreneurial couple credit much of their success to their partnership with U.S. International Development Finance Corporation (DFC), which provided insurance that supported their early expansion and gave local lenders confidence in their venture.

“Once you get the backing of DFC, suddenly the local banks are knocking at your door,” Josh Ruxin said last month at a virtual town hall to educate local businesses about the ways DFC can support their expansion.

DFC, the U.S. Government’s development bank, mobilizes investment in developing countries and is seeking to partner with more local businesses in Rwanda to support economic growth.

The Ruxins initially moved to Rwanda to work in public health, but Alissa Ruxin later began exploring hospitality sector as a way to create jobs and opportunity for local Rwandans.

After mortgaging their New York condo, and then borrowing from friends and family, they wanted to ensure that their family and friends would be protected in case of a loss.

So they purchased DFC insurance. “We never had any concern about actual risk here in Rwanda … but when you are taking money from your family you want to make sure that they are OK, that they’re insured,” explained Josh Ruxin.

After obtaining insurance from DFC, local financing became easier to obtain. “Without this security I don’t know that we would have been able to expand as we did, as fast as we did,” said Alissa Ruxin. “Heaven and the Retreat hotel and Heaven Tours all grew so rapidly after we began working with DFC.”

The Ruxins have recently launched an addition to their luxury hotel, The Retreat — 8 new luxury pool villas as well as a conference facility and expanded spa.

While DFC supported the Heaven venture with insurance, it also provides a full suite of investment products, including loans, guaranties, equity, and technical assistance, to eligible investors.

DFC invests around the world in a variety of sectors, and is particularly focused on supporting the small businesses that are the engines of the local economies. DFC also has a women’s initiative focused on closing the gender credit gap with loans to female entrepreneurs and small business owners.

Now that DFC can support businesses that don’t have U.S. sponsors, the agency is hosting a series of town halls to educate local businesses around the world about the investment tools DFC offers to support their expansion.

“The fact that borrowers are no longer required to have a U.S. Sponsor creates an amazing opportunity to diversity our client base and ensure that we are reaching an under-served population, its exciting” Roxanne Ryan Alozie, Managing Director for Business Development and co-lead for the DFC Townhall outreach efforts. (End).