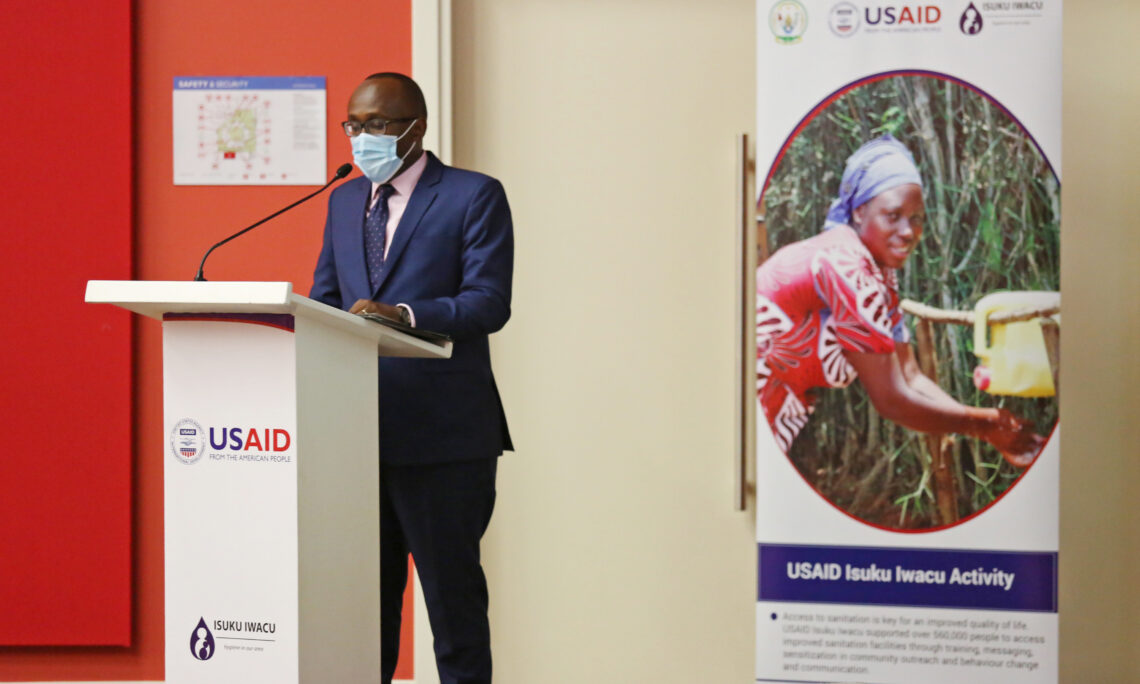 Kigali (November 5, 2020) — Over the past four years (2016-2020), the United States Agency for International Development (USAID’s) Isuku Iwacu activity invested 10.5 billion RWF in highly successful measures to increase access to basic sanitation for the people of Rwanda. Thanks to USAID Isuku Iwacu, over 500,000 Rwandans have access to basic sanitation (such as improved latrines) for the first time.

“By working hand-in-hand with the Government of Rwanda, USAID Isuku Iwacu has been integral in increasing access to life saving hygiene and sanitation solutions for the population in the eight districts where the project has worked. The United States is committed to doing more and to work with the government and the people of Rwanda to build public-private partnerships for sustainable sanitation,” said USAID Deputy Mission Director, Bill Hansen.

In a ceremony held at the Kigali Convention Centre, USAID, the Ministry of Infrastructure (MININFRA), as well as implementing partners headed (SNV) USA dba DevWorks International with SNV Netherlands, Water for People and World Vision International, marked the culmination and remarkable achievements of the four-year effort that has enabled over 500,000 people to acquire basic sanitation in eight districts of the project’s work.

Isuku Iwacu Activity (2016-2020) represents the continued commitment of USAID to support Rwanda on its journey to achieve universal coverage of sanitation facilities for its 12 million people and Sustainable Development Goal 6 which focuses on water and sanitation for all. The overall goal of USAID Isuku Iwacu was to increase local ownership and capacity to deliver sustainable, high quality sanitation and hygiene services in order to decrease childhood stunting. Over the life of the Activity, the project has worked in the eight districts of Kayonza, Kicukiro, Ngoma, Nyabihu, Nyanza, Nyarugenge, Ruhango, and Rwamagana where it fostered local ownership and strengthened capacity building, leading to remarkable results. USAID Isuku Iwacu did this by working with leaders and local civil society organizations at national and decentralized levels.